This month our Compliance Manager Amy Powell looks at two prize promotions that have received rulings for running irresponsibly, a Toyota claim that was cleared as well as another telling off for a governmental department.

The biscuit brand Hello Panda ran a promotion whereby consumers were encouraged to purchase packs in order to collect stickers inside, which would then give them a chance to win a cash prize. The first 250 participants to collect 50 different stickers would each receive £50.

The stickers were hidden so there was a high chance of collecting the same ones, therefore the amount of packs that needed to be purchased (and most likely consumed) was well beyond what would be considered healthy. A complainant challenged whether the products targeted children directly, and therefore breached HFSS rules, and also whether the promotion encouraged irresponsible consumption and the purchase of excessive quantities of food.

The ASA didn’t uphold the HFSS complaint but did uphold the second element stating that the offer “irresponsibly created a sense of urgency and encouraged the purchase of an excessive quantity of the product for irresponsible consumption. We therefore concluded that marketing communications which referred to the promotional offer had not been prepared with a due sense of responsibility”.

It turns out the Chow was cheeky in more ways than one when a winner of a £100 voucher in a prize draw run on the dog’s Instagram page, didn’t receive their prize.

Peter Wilson trading as Bearthecheekychow claimed that they had send the prize by post and acknowledged that the winner hadn’t received their prize, but believed they’d fulfilled their obligation.

However, they couldn’t provide evidence that the prize had been sent so the ASA ruled that they breached the CAP Code by not administering the promotion properly and causing “unnecessary disappointment”.

Our view: When running prize promotions, it’s wise for brands to retain proof of dispatching prizes and (if budget permits) they should take out insurance on the prize to protect themselves against prizes going missing in the post. 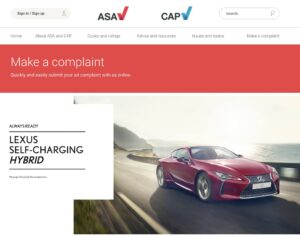 Twenty-five complainants challenged whether Lexus’ claim about a “self-charging hybrid” was misleading because they believed it misrepresented the way in which the electric battery was recharged using the petrol engine.

The ASA recognised that there was a lack of information in the “offending” adverts about how the vehicle worked, but they considered that the word “hybrid” in a motoring context was “likely to be interpreted by consumers to mean that the vehicle in question was powered through the combination of a petrol engine and a re-chargeable electric battery”, and “the internal mechanics of the car would charge the electric battery.”

Our view: Providing that brands can substantiate their claims and are using commonly understood terminology, it’s likely that the ASA will rule against any misleading claims. Deciding when or if a phrase is “commonly understood” is a tricky one though, which is why we always recommend a review of artwork by our legal team.

Another Government Ad Deemed as Misleading

This time it is the Department of Work and Pensions (DWP) that have been investigated regarding a misleading advert. One of the issues with the adverts was that they weren’t clearly labelled as marketing communications and could have been easily confused with editorial. 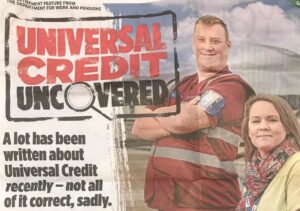 The DWP said the ads were intended to raise awareness of the benefits that claimants may be entitled to, and to help them find further relevant information. The five ads were labelled “ADVERTISEMENT FEATURE FROM THE DEPARTMENT FOR WORK AND PENSIONS” at the top of the page, but the font was small and the text not overly prominent.

The ASA ruled that the 5 ads were not to appear again in their current form. They also told the DWP to ensure that they held adequate evidence to substantiate the claims in their advertising and present significant conditions clearly.

Our view: Although political statements don’t fall under the remit of the ASA, claims and adverts made by governmental bodies are not above scrutiny and must fall in line with CAP Code requirements.

Avoid risking an ASA Ruling when it comes to your next campaign and contact PromoVeritas for help and support with all aspects of marketing compliance.

Any cookies that may not be particularly necessary for the website to function and is used specifically to collect user personal data via analytics, ads, other embedded contents are termed as non-necessary cookies. It is mandatory to procure user consent prior to running these cookies on your website.